These major determining factors are:

The larger the circular mil area, the greater the current capacity.

The amount of heat generated should never exceed the maximum temperature rating of the insulation.

The higher the ambient temperature, the less heat required to reach the maximum temperature rating of the insulation.

Heat dissipation is lessened as the number of individually insulated conductors, bundled together, is increased.

Taking into account all the variables involved, no simple chart of current ratings can be developed and used as the final word when designing a system where amperage ratings can become critical.

The chart shows the current required to raise the temperatures of single insulated conductor in free air (30°C ambient) to the limits of various insulation types. The fallowing table gives a derating factor to be used when the conductors are bundled. These charts should only be used as a guide when attempting to establish current ratings on conductor and cable. 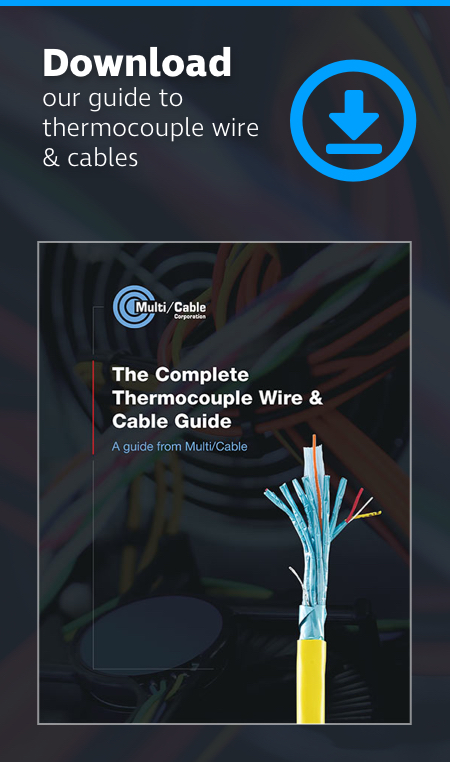 Quickly get all the answers you need from one of Multi/Cable’s wire & cable experts.

SEND US YOUR QUESTION